Textile Book Authors – Do you know about the GBS?

GBS is the abbreviation for the Google Book Settlement which has far reaching ramifications for authors of books written in the English language that were published before 2009.


"The Google Book Settlement could easily be the twenty-first century's most important shift in how we deal with copyright in the world of publishing." 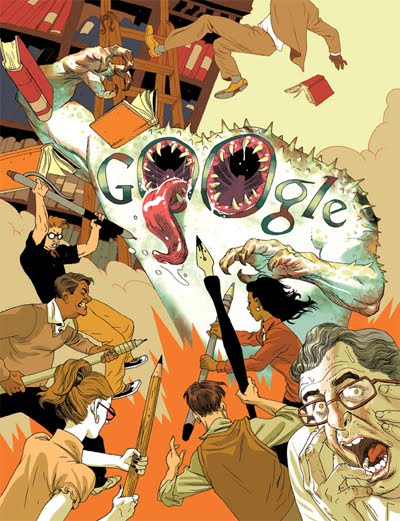 Background:
The following article gives a lot of detail about the ins and outs of the suit and its ramifications:

5 Ways the Google Book Settlement will Change the Future of Reading
http://io9.com/5501426/5-ways-the-google-book-settlement-will-change-the-future-of-reading?skyline=true&s=i

Saving the World from Google: Public and private interests band together to fight a deal that, they say, would destroy competition on the internet - Tom McNichol
http://www.callawyer.com/story.cfm?eid=908042&evid=1

Google Book Settlement - This is the settlement administration website for the Google Book Search Copyright Class Action Settlement. From this site you can claim your books - the form must be completed on or before March 31, 2011. (NOTE: the deadline for filing an objection to the settlement has already passed)
http://www.googlebooksettlement.com/

The Future of Google Books: Our Groundbreaking Agreement with Authors and Publishers
http://books.google.com/googlebooks/agreement/
Posted by Gwen Magee (Gwendolyn) at Monday, April 12, 2010

Email ThisBlogThis!Share to TwitterShare to FacebookShare to Pinterest
Labels: Copyright

Websites frequently change the URLs that provide access to the information or disappear completely without any prior notice. Therefore, make sure you print out and/or save to your hard drive any information that you particularly want to retain for future reference (as a PDF, or copy and paste it into a word processing file) .

To Be Notified About New Posts: